Trial By Jury
a letter from Kenn d’Oudney to a correspondent…
Do not despair ! The struggle to maintain peoples’ Liberty against those who would enslave them is age-old. As Jefferson put it:
“The issue today is the same as it has been throughout all history, whether man [i.e., mankind; demos, the people] shall be allowed to govern himself [demokratia; democracy] or be ruled by a small élite [oligarchy].”
Lawyer Thomas Jefferson; U.S. President; Author of the Declaration of Independence; co-Founder of the Democratic Party.
See Writings of Thomas Jefferson, edited by H.A. Washington, Lipincotts, Philadelphia.
Our forefathers knew how to preserve freedom. They formulated and implemented the technique by which it is achieved. It remains the only peaceful means known to humankind by which the crimes of arbitrary (unjust; tyrannical*) government and common crime are eliminated.
*Definition. tyranny is defined as oppressive rule administered with injustice; the cruel and arbitrary use of authority.
Crabbe: “It cannot be denied that the practice of submitting causes (suits-at-law) to the decision of twelve men was universal among all the northern tribes (of Europe) from the very remotest antiquity.”
See Crabbe’s History of the English Law, p. 32.
By word of mouth, this secular Common Law Code of moral justice (which is applicable everywhere in all times and places), was spread throughout all the nations of Europe. Subsequently, it was adopted by numerous other countries. Installed Constitutionally, it proved its efficacy: there is no doubting, let alone as you suggest, a “hoax”, considering the supreme power thereby invested in every Common Law Jury*.
*See the Supremacy of the Jury over statute law celebrated by the Commemorative Plaque at the Old Bailey; Campaign Philosophy webpage Two.
A democratic society (meaning one in which Liberty and Equal Justice for all men and women are secured) is brought into being by constitutional instalment and practical implemention of the (genuine) Trial by Jury, in which (as distinct from government and judiciary) the people as citizen-jurors are the supreme arbiters of justice and authority; judging over and when necessary annulling unjust statutes, regulations and prosecutions. This is performed by any individual Juror’s pronouncement of the Not Guilty Verdict. Naturally, there are no ‘majority verdicts’* in common law: a ‘majority’ is not a Jury.
*See Campaign Philosophy web-Page Two.
RESTORATION IS THE ONLY WAY FORWARD.
Upholding the Law of the Land begins with the education of all teens and adults as to what constitutes the only legitimate and just form of Justice System, the Trial by Jury; and why this is so. Ultimately, the upholding of the Rule of Law is consummated by its RESTORATION.
It remains the crucial duty and supreme moral obligation of every adult man and woman to uphold the strictures of Common Law, of which Trial by Jury is the central tenet and sole Justice System, and to achieve its Restoration.
Legem terræ, also known as the Law of the Land, prescribes and defines the Common Law governing the Trial by Jury as inscribed into the 1215 Great Charter Constitution. The smallest incursion upon or infraction of common law by government, legal profession and those acting in the name of government, is a judicable* act.
*Definition. judicable, that which may be tried by jury in a court of law.
According to the Constitution, legitimate authority of Sovereign Power to judge, make, decide and enforce or annul the law never leaves the adult populace. Every man and women without exception is subject to the Common Law of the Land; the nominal head of state, ‘sovereign’, monarch, president, etc., notwithstanding*.
*Viz. Articles 24, 39, 40, & 61.
Definition. Sovereignty, pre-eminence; the supreme and independent power expressed through the making and enforcing of the laws.
Based on this definition unalterable at common law, the Juror is sovereign. Whereas the word ‘sovereign’ can be used to describe a monarch, our ‘sovereign’ of England (and Britain) is legally subject to and bound by specific terms and conditions of common law. This is shown by the most practical demonstration of Sovereign Power witnessed by the Commemorative Plaque at the Old Bailey (viz. photo; web-Page Two); and countless similar annulments of prosecutions and statutes by Juries down the ages to date. The ‘royal person’ is verily “sovereign” only in name.
The Juror’s sovereignty is further witnessed in the context of the Constitution’s established right to the individuals’ private cost-free prosecution for wrongdoing, of any person regardless of status; viz. Article 61. There is no legitimate ‘immunity’ from prosecution for judges, legislators and head of state*.
*See Campaign Philosophy web-Page One; TWO WAYS TO EQUAL JUSTICE FOR ALL.
Common law prescribes the powers, duties and procedures of the ‘ordinary’ citizens to judge the justice, fairness and the validity of the law in every disputed act of its enforcement (Not Guilty plea) in the Common law Trial by Jury. Where the Constitution is upheld, the Rule of Law prevails and moral justice “rules.”
Under the authority of the People’s Constitutional Common Law Trial by Jury Courts, the government (executive, legislature and judiciary), and the “bankers” are governed by the Will of the People expressed through the decisions of Juries.
THE DEMOCRATIC PRINCIPLE.
The democratic Principle of our traditional Western Constitutions’ Trial by Jury is that it is the Will of the People represented by indiscriminately chosen Jurors, not the will of the court or the current transient government, that must determine what laws shall be established, maintained, and how they are enforced. In this way, Trial by Jury is the common law’s Mechanism of Authority by which all the rights of all the People are protected, and on which all rights depend. Hence, Thomas Jefferson’s “anchor”:
“I consider Trial by Jury as the only anchor yet imagined by man, by which a government can be held to the principles of its constitution.”
See Writings of Thomas Jefferson, edited by H.A. Washington, Lipincotts, Philadelphia…
…Yours sincerely,
Kenn d’Oudney.
www.democracydefined.org 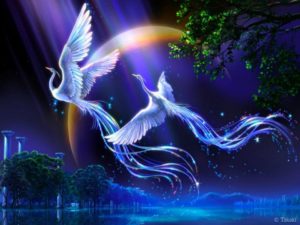 Happy New Year!
Just saw the 9:00 pm fireworks in Sydney.
Spectacular!
Some I have never seen before.
You will enjoy them.

Throughout 2012 Ryan and I (the founders of Wake Up World) have been working closely with a group of Australian colleagues to understand – and to help make public – the significance of a series of archaeological findings in bushlands of the Kariong/Gosford area on the Central Coast of NSW Australia. An area, I should add, that is under threat of being destroyed by large-scale residential development.
http://wakeup-world.com/2012/12/18/australian-government-media-caught-in-censorship-of-historical-archaeological-findings/ 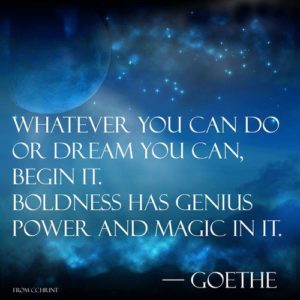 If you ever testify in court, you might wish to be as sharp as this policeman. 🙂
He was being cross-examined by a defense attorney during a felony trial. The lawyer was trying to undermine the police officer’s credibility…
Q: ‘Officer — did you see my client fleeing the scene?’
A: ‘No sir. But I subsequently observed a person matching the description of the offender, running several blocks away.’
Q: ‘Officer, who provided this description?’
A: ‘The officer who responded to the scene.’
Q: ‘A fellow officer provided the description of this so-called offender. Do you trust your fellow officers?’
A: ‘Yes, sir. With my life.’
Q: ‘With your life? Let me ask you this then officer. Do you have a room where you change your clothes in preparation for your daily duties?’
A: ‘Yes sir, we do!’
Q: ‘And do you have a locker in the room?’
A: ‘Yes, sir, I do.’
Q: ‘And do you have a lock on your locker?’
A: ‘Yes, sir.’
Q: ‘Now, why is it, officer, if you trust your fellow officers with your life, you find it necessary to lock your locker in a room you share with these same officers?’
A: ‘You see, sir, we share the building with the court complex, and sometimes lawyers have been known to walk through that room.’
The courtroom EXPLODED with laughter, and a prompt recess was called. The officer on the stand has been nominated for this year’s ‘Best Comeback’ line — and we think he’ll win.

On November 20, 2012, Hewlett-Packard (HP) announced its second quarterly write-down of over $8 billion dollars in a row. That in itself is cause for alarm, but the fact that HP blamed the write-downs on two of its largest recent acquisitions means the company could be flailing to find a foothold in a world where PCs and printers are quickly becoming niche products.
http://www.webpronews.com/can-hp-survive-the-post-pc-revolution-2012-12 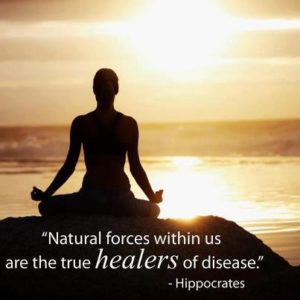 Remove the factors antipathetic to those forces, add or increase the factors sympathetic to and supportive of those natural forces and the body will return much more readily to a state of wellness than by suppressing the symptoms with drugs.

Not often I ask anyone to listen to a psychiatrist but this woman damns psyche drugs and other scourges of our time. If you are looking for a resource to share you could do worse than get others to watch this:
https://www.youtube.com/watch?v=Ac33ysBPBcc#!