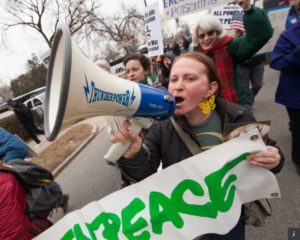 On 7 December 2017 the Coalition quietly introduced a number of bills to Parliament. Their aim? To silence every single one of us – environmental groups, humanitarian organisations and people like you. The three bills in question- the Electoral Legislation Amendment (Electoral Funding and Disclosure Reform) Bill 2017; the National Security Legislation Amendment (Espionage and Foreign Interference) Bill 2017, and the Foreign Influence Transparency Scheme Bill 2017, represent an attack on Australian charities and not-for-profits and more fundamentally on our democracy. There is a lot of legalese involved, but let’s try to cut through that to get to what the problem is with each of these bills.
https://www.greenpeace.org.au/blog/charity-attack-laws-explainer/#.WpZ97WpuZhE