Watch this presentation and improve your diet!
http://tv.greenmedinfo.com/the-1-anti-cancer-vegetable/ 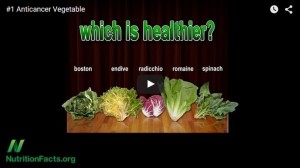 It should be noted that this is a standard method used by the medical establishment to “refute” claims they consider heresy. For example, during the 1970’s Linus Pauling and Dr. Ewan Cameron had many clinical successes treating cancer with mega-doses of vitamin C. Based on their clinical experience, they noted that the therapy only worked reliably on patients whose immune system had not been damaged by Chemotherapy or radiation therapy. The (infamous Mayo Clinic then ran trials using mega dose C with cancer patients all of whom had received Chemo and or X-ray treatment and found (surprise!) the “Pauling method” (which they did not follow) didn’t work.
In the 1970’s the (infamous Sloan Kettering Cancer Hospital ran trials to test the cancer remedy Laetrile, significantly deviating from the carefully documented and published protocols followed by clinicians successful with Laetrile, and (surprise!) found Laetrile “didn’t work”. Also recently a trial by detractors of the Candida yeast syndrome using only the anti fungal drug Nystatin failed to find patient benefit while (surprise!) totally ignoring the need to accompany the drug with a low sugar diet (to starve the yeast) as is routinely done by doctors successfully treating Candida patients.
http://www.realgh3.com/gh3-articles-and-legal-decisions/original/

Nyema Hermiston wrote me today:
Hi Tom,
I just got completely carried away with my blog post today, then thought you might be interested in posting it in one of your emails.
It’s about learning disorders and environmental causes, in a report that came out of Harvard.
It’s the last post at www.treatyourselfhealthcare.com.
Hope you’re well – how could you not be!
Regards,
Nyema Hermiston

This one’s for my buddies in the US of A.
Probably the guy I most respect in the nutritional supplements field is Jon Barron. Baseline Nutritionals sell his formulations. Here’s a newsletter from them with a discount code. Enjoy!
https://www.baselinenutritionals.com/newsletter/BaselineNews1510.html#li=MA1-f6865f3c8e1ad777&cs=MA1-2209ab50fb74ebeb4366aca4b4dc5dee