Someone on Facbook asked about anger, whether it releases negative energy externally or internally.
I replied:
Suppressing one’s emotions is not good.
People who do eventually explode.
So NEVER little small things go uncommunicated until they build up within one.
You cannot feel anger without having a diminished level of responsibility.
One cannot be the adverse effect of an area of life without oneself first having done something similar to that area.
Feeling anger is taking on an opposition to that which one is angry. It is not senior to the situation so is therefore a weaker position.
Part of responsibility is the ability to withhold.
When one is angry is the worst time to communicate.
You can almost never trust and angry man to speak the truth.
So if one is feeling angry, one remedy is to spot times in one’s past when one has done similar things to the same or similar area or persons towards which one feels angry.
When one does, the anger subsides.
But it takes courage and strength to do that.
And most people would much prefer to blame someone else.
So I am not addressing most people.
I am addressing those who would like to grow and see things improve and have sufficient courage to move outside what is comfortable and step into the area where growth occurs. 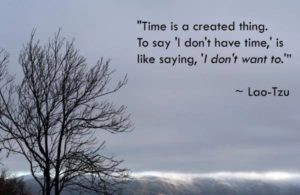 If you value health choices, don’t vote Greens.
If you value your country, don’t vote Labor or Liberal. They are just two management teams under the same ownership.
Talk to an independent and pick the best on offer is my recommendation.
http://nocompulsoryvaccination.com/2013/09/04/the-greens-deceiving-voters-or-just-playing-dumb/

I have not verified the claims made here but I put it in some of my bars to boost the salt level to meal replacement standards. 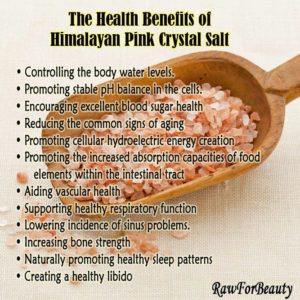 I use Fenugreek in my top bars and powders so I thought you might like to see this about it.
A Closer Look at Fenugreek
by Jennifer Good in a newsletter from http://www.jonbarron.org/
Fenugreek is a plant from the Fabaceae family. Today, most know the herb from cooking with unique spice blends; in fact, it’s maple-like flavor is so pleasant that it’s used as a flavoring agent in everything from foods to tobacco. But historically, fenugreek has been known for its ability to heal everything from an upset stomach to lowering cholesterol. As far back as ancient Egypt, fenugreek was prized for its healing properties — the first recorded use of fenugreek is described on an ancient Egyptian papyrus dated to 1500 B.C.1
While a common cooking ingredient, fenugreek has also been used to treat both respiratory and stomach ailments. Specifically it is used for allergies, bronchitis, digestive ailments, emphysema, intestinal gas, gastrointestinal spasms, headaches, lung ailments, mucous congestion, and skin eruptions. It is specifically for its ability to aid the digestive tract that Jon Barron uses Fenugreek is his Liver Tea formula.
Most notably, fenugreek has garnered attention for helping in treatments for diabetes and cholesterol related issues. A study published in the journal “Nutrition Research” examined the effect of fenugreek on diabetes. After taking 100g of fenugreek per day, diabetics showed better blood glucose control and tolerance. This was proven by a decrease in urinary glucose output and a better fasting blood glucose.2 This same study also showed benefits related to blood cholesterol.
Fenugreek has been shown to decrease the body’s insulin response to food and help maintain normal serum glucose levels by slowing down the absorption rate of carbohydrates, thereby lowering the insulin requirement. As a result, it has also been shown to decrease the glycemic incidence of food. In studies, the unique galactomannan ratio of galactose and mannose in fenugreek reduced urinary sugar levels of participants by as much as 54%. It also may inhibit the absorption of fats and aid in weight-loss by increasing the sense of fullness. For these reasons, Jon Barron uses Fenugreek extract in his sugar/lipid metabolic enhancement formula.
Used as folk medicine treatment, fenugreek may be used by women who are breast-feeding to help promote milk flow. Some men may use fenugreek for hernia, erectile dysfunction, and other male issues.
For medicinal purposes, you’re likely to fenugreek in seed format. It may also be used as a poultice to help treat inflammation, muscle pain, wounds, and eczema.
http://www.jonbarron.org/

Thought you’d like to hear what’s going on with the project to save the bees. I received this from SumOfUs.org:
Dear friends,
I just got back from a whirlwind trip to Chicago, where beekeepers from across the US were speaking out about the danger of bee-killing pesticides on behalf of thousands of SumOfUs supporters. And here’s what I learned: the pesticide industry really, really doesn’t want people to hear our message.
I went to Chicago to attend a massive commercial gardening convention, where the beekeepers (who call themselves ‘beeks’) and I were delivering the voices of over 140,000 SumOfUs supporters. Our message: stop selling the pesticides that are killing the bees! It wasn’t a message that Bayer and the pesticide giants wanted the world to hear. I was barely off the plane in Chicago when I learned that the industry-sponsored convention organizers had threatened SumOfUs with a lawsuit if we took our message inside the convention grounds!
But we had come prepared (thanks to thousands of donations from SumOfUs supporters!) — and we didn’t leave until the beekeepers had reached out to thousands of commercial garden center owners and the national media about the dangers of these bee-killing pesticides. Here’s the most remarkable thing: many of the garden center owners signed on in support as soon as they heard our message — exactly why Big Pesticide is scared of our campaign to save the bees.
Big Pesticide is determined to silence us, but we’re not going to let them — and we won’t back down to legal intimidation. Our colorful bus ads blanketed Chicago during the conference, and were featured on morning TV news across the US — and now, thanks to you, we’re taking the message straight to garden center owners themselves with ads in the biggest commercial garden publications. With your support, we’re going to keep fighting until these pesticides are banned around the world and the bees — and our food supply — are safe.
Click here to see more photos of the beekeepers delivering our message in Chicago, and to share the campaign with your friends to keep building the opposition to bee-killing pesticides.
The threat of a lawsuit wasn’t the only tactic they used to silence us in Chicago. They rolled out a full campaign of intimidation, including:
telling hotels across the city not to book rooms to our beekeepers, and not to allow us to screen a documentary about bees;
ordering security guards to prevent our accredited beekeepers and two human-size bees (okay, our friendly volunteers in bee costumes!) from entering the conference;
and even stopping an 85 year-old local beekeeper from delivering 140,000 signatures from SumOfUs members to Bayer, one of the largest manufacturers of bee-killing pesticides!
Meanwhile, Bayer spent hundreds of thousands of dollars on huge ads all over the convention center and a booth advocating their “bee care” program, all the while selling the pesticides that are killing them at the convention!
But despite these dirty tactics, we got our message out loud and clear. Our beekeeper friends had hundreds of one-on-one conversations with convention attendees, handed out thousands of flyers about the deadly effects of ‘neonics’, the pesticides that are killing the bees, plastered the city’s buses with our ads, and took the city by swarm.
Bayer’s reaction shows one thing — it’s scared. Europe has already banned these killer chemicals, so now the industry is fighting with all they’ve got to dump the neonics on North America. Just last week, Time Magazine wrote about the global bee die-off and neonic bee killers in its cover story, and this week, the American Environmental Protection Agency (EPA) ordering an immediate reduction in the use of these pesticides, and admitted that the chemical is partly responsible for the disappearance of honey bees. Big Pesticide is terrified that its profits will take a hit if we win in the US as well.
Thanks to your support, we’re going to keep up the fight. First up, we’re planning hard-hitting ads in gardening industry publications next month, to make sure the garden center owners get this vital information. And we’ve got more ideas in the works — but after the legal threats in Chicago, we’re keeping them under wraps to stop the industry from trying to block us again.
Together, we can save the bees. We hope you’ll stay with us until we win this fight.
On behalf of all of us,
Angus and the beekeepers (Terry, Reba, Sam, Amy, and Edie)