An older gentleman had an appointment to see the urologist who shared offices with several other doctors. The waiting room was filled with patients. As he approached the receptionist’s desk, he noticed that the receptionist was a large unfriendly woman who looked like a Sumo wrestler. He gave her his name.
In a very loud voice, the receptionist said, “YES, I HAVE YOUR NAME HERE. YOU WANT TO SEE THE DOCTOR ABOUT IMPOTENCE, RIGHT?”
All the patients in the waiting room snapped their heads around to look at the very embarrassed man. He recovered quickly, and in an equally loud voice replied, ‘NO, I’VE COME TO INQUIRE ABOUT A SEX CHANGE OPERATION, BUT I DON’T WANT THE SAME DOCTOR THAT DID YOURS. The room erupted in applause!

S.A.N.E. Vax, Inc., contracted with an independent lab which tested 13 Gardasil vials from 13 different lots from all over the world and found that the genetically modified HPV DNA strands present in Gardasil had firmly attached to the vaccination’s aluminum adjuvant in a whopping 100% of the samples tested.
While natural HPV DNA does not stay in the bloodstream long, the aluminum binding allows the genetically modified recombinant HPV DNA (rDNA) to behave differently, potentially entering cells and wreaking havoc.
The vials were analyzed after a concerned parent contacted S.A.N.E. Vax, because her 13-year-old daughter developed an auto-immune reaction that would later be diagnosed as acute juvenile rheumatoid arthritis within 24 hours after receiving her third Gardasil vaccine. Two years following the incident, the girl’s blood still tested positive for HPV DNA that should not be there. In fact, these strands have also been found in post-mortem samples as well, as in the case of teen Jasmine Renata, who died inexplicably in her sleep six months after receiving a Gardasil shot.
S.A.N.E. Vax points out that both Merck, the pharmaceutical company that manufactures Gardasil, and the U.S. Food and Drug Administration (FDA) claimed there was no viral DNA in Gardasil at the time of its “fast-tracked” approval. Milford Hospital Pathologist Dr. Sin Hang Lee, who analyzed the Gardasil vials, testified, “Undegraded viral and plasmid DNA fragments are known to activate macrophages, causing them to release tumor necrosis factor, a myocardial depressant which can induce lethal shock in animals and humans.”
http://www.naturalnews.com/042227_HPV_vaccines_blood_donations_adverse_reactions.html

Posted by Lindsey G.
I try to eat mostly grain free when it comes to desserts. We also do not use any refined sugars and really stick to mostly raw honey and maple syrup in our treats. I have tried a few different ‘grain-free’ brownie recipes and have been less than thrilled with the results. It turns out grain-free brownie recipes can be kind of tricky to get right. I find the coconut flour brownies to be hard to swallow (to dry!) and the almond flour ones don’t agree with me. This is why I haven’t posted a true brownie recipe yet on my blog.
I was so excited last week when I stumbled upon an amazing recipe for flourless brownies made with natural sweeteners in another fellow blogger, Ditch the Wheat’s cookbook, Indulge, which includes over 70 grain-free and paleo treat recipes. You heard that right…this is a completely flourless recipe – that means gluten-free, grain-free and almond and coconut flour free! The only ‘flour’ in these is the cocoa powder. These brownies are more than spot on. They are brilliant! These are going to be my go-to brownie recipe from now on!
Ingredients
4 large eggs
1 cup unsweetened cocoa powder
1 cup of coconut palm sugar*
¼ cup + 1 tbsp extra virgin coconut oil
2 tsp vanilla extract
1/8 tsp salt
Directions
Preheat oven to 350°F (177°C). In a bowl, mix all the ingredients until velvety smooth (I used my Vitamix!). Pour into a parchment paper lined 8 x 4 loaf pan. Bake for 25-30 minutes. The brownies will be soft in the middle at 30 minutes and have a slight jiggle. Leave the brownies for at least 5 hours before cutting and eating (I personally couldn’t wait that long and I put them in the fridge after about 15 min of cooling down time and then ate them about an hour later!).
This recipe makes 8 brownies.
*I now use 3/4 cups maple syrup (Grade B) in place of the palm sugar for a moist and gooey texture. Cooked for 30-35 minutes the center will appear to be uncooked but after cooling for a few hours (or in the fridge) it will settle and be more firm. The texture will be more like a molten chocolate cake.
http://www.homemademommy.net/2013/01/flourless-brownies.html 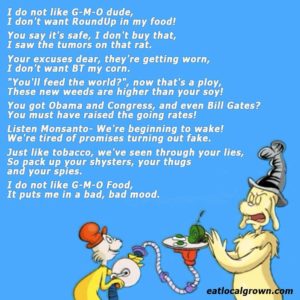 “Thirty-three years ago to the day, the United States narrowly missed a nuclear holocaust on its soil. The so-called ‘Damascus Accident’ involved a Titan II intercontinental ballistic missile mishap at a launch complex outside Damascus, Arkansas.
During a routine maintenance procedure, a young worker accidentally dropped a nine-pound tool in the silo, piercing the missile’s skin and causing a major leak of flammable rocket fuel. Sitting on top of that Titan 2 was the most powerful thermonuclear warhead ever deployed on an American missile. The weapon was about 600 times more powerful than the bomb that destroyed Hiroshima.
For the next nine hours, a group of airmen put themselves at grave risk to save the missile and prevent a massive explosion that would’ve caused incalculable damage.
“The story is detailed in Eric Schlosser’s new book, “Command and Control: Nuclear Weapons, the Damascus Accident,
and the Illusion of Safety,” which explores how often the United States has come within a hair’s breadth of a domestic nuclear detonation or an accidental war. Drawing on thousands of pages of recently declassified government documents and interviews with scores of military personnel and nuclear scientists, Schlosser shows that America’s
nuclear weapons pose a grave risk to humankind.”
How the U.S. Narrowly Avoided a Nuclear Holocaust 33 Years Ago, and Still Risks Catastrophe Today
http://www.ForbiddenKnowledgeTV.com/page/24596.html