Thought you’d like to hear what’s going on with the project to save the bees. I received this from SumOfUs.org:
Dear friends,
I just got back from a whirlwind trip to Chicago, where beekeepers from across the US were speaking out about the danger of bee-killing pesticides on behalf of thousands of SumOfUs supporters. And here’s what I learned: the pesticide industry really, really doesn’t want people to hear our message.
I went to Chicago to attend a massive commercial gardening convention, where the beekeepers (who call themselves ‘beeks’) and I were delivering the voices of over 140,000 SumOfUs supporters. Our message: stop selling the pesticides that are killing the bees! It wasn’t a message that Bayer and the pesticide giants wanted the world to hear. I was barely off the plane in Chicago when I learned that the industry-sponsored convention organizers had threatened SumOfUs with a lawsuit if we took our message inside the convention grounds!
But we had come prepared (thanks to thousands of donations from SumOfUs supporters!) — and we didn’t leave until the beekeepers had reached out to thousands of commercial garden center owners and the national media about the dangers of these bee-killing pesticides. Here’s the most remarkable thing: many of the garden center owners signed on in support as soon as they heard our message — exactly why Big Pesticide is scared of our campaign to save the bees.
Big Pesticide is determined to silence us, but we’re not going to let them — and we won’t back down to legal intimidation. Our colorful bus ads blanketed Chicago during the conference, and were featured on morning TV news across the US — and now, thanks to you, we’re taking the message straight to garden center owners themselves with ads in the biggest commercial garden publications. With your support, we’re going to keep fighting until these pesticides are banned around the world and the bees — and our food supply — are safe.
Click here to see more photos of the beekeepers delivering our message in Chicago, and to share the campaign with your friends to keep building the opposition to bee-killing pesticides.
The threat of a lawsuit wasn’t the only tactic they used to silence us in Chicago. They rolled out a full campaign of intimidation, including:
telling hotels across the city not to book rooms to our beekeepers, and not to allow us to screen a documentary about bees;
ordering security guards to prevent our accredited beekeepers and two human-size bees (okay, our friendly volunteers in bee costumes!) from entering the conference;
and even stopping an 85 year-old local beekeeper from delivering 140,000 signatures from SumOfUs members to Bayer, one of the largest manufacturers of bee-killing pesticides!
Meanwhile, Bayer spent hundreds of thousands of dollars on huge ads all over the convention center and a booth advocating their “bee care” program, all the while selling the pesticides that are killing them at the convention!
But despite these dirty tactics, we got our message out loud and clear. Our beekeeper friends had hundreds of one-on-one conversations with convention attendees, handed out thousands of flyers about the deadly effects of ‘neonics’, the pesticides that are killing the bees, plastered the city’s buses with our ads, and took the city by swarm.
Bayer’s reaction shows one thing — it’s scared. Europe has already banned these killer chemicals, so now the industry is fighting with all they’ve got to dump the neonics on North America. Just last week, Time Magazine wrote about the global bee die-off and neonic bee killers in its cover story, and this week, the American Environmental Protection Agency (EPA) ordering an immediate reduction in the use of these pesticides, and admitted that the chemical is partly responsible for the disappearance of honey bees. Big Pesticide is terrified that its profits will take a hit if we win in the US as well.
Thanks to your support, we’re going to keep up the fight. First up, we’re planning hard-hitting ads in gardening industry publications next month, to make sure the garden center owners get this vital information. And we’ve got more ideas in the works — but after the legal threats in Chicago, we’re keeping them under wraps to stop the industry from trying to block us again.
Together, we can save the bees. We hope you’ll stay with us until we win this fight.
On behalf of all of us,
Angus and the beekeepers (Terry, Reba, Sam, Amy, and Edie)

The documentary, “The Disappearing Male,” gives an educational glimpse into why environmental chemicals, and particularly the gender-bending kind, are so detrimental to boys. Endocrine-disrupting environmental chemicals are interfering with reproductive development, causing male birth defects to increase along with infertility rates. Watch now:
http://bit.ly/1ciJOPw

A new study in the U.S. has shown that pigs vaccinated against one strain of influenza were worse off if subsequently infected by a related strain of the virus.
http://m.medicalxpress.com/news/2013-08-vaccination-flu-worse-exposed-strain.html 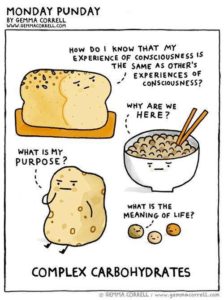 Saw this once on a mug in a novelty shop and laughed at the truth in it then. Time hasn’t changed it. 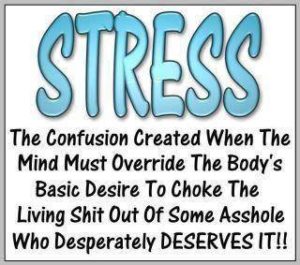 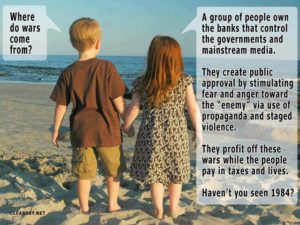 It will be interesting to see what happens next here!
http://politicalvelcraft.org/2013/08/28/hungary-orders-rothschilds-imf-to-vacate-the-country-now-issuing-debt-free-money/