With cancer now slated to affect 50% of us this is worth reading!
http://www.healthydietbase.com/6-carcinogenic-foods-that-you-eat-every-day/ 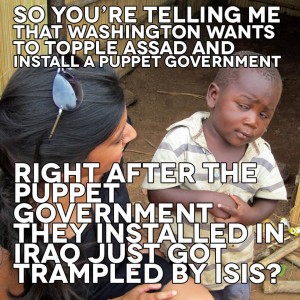 Who put ISIS in power, and how it was done.
https://www.youtube.com/watch?v=oMjXbuj7BPI

I absolutely agree, if pensions are not an entitlement, neither is theirs (politicians).
They keep telling us that paying us an aged pension isn’t sustainable.
Paying politicians and all the perks they get is even less sustainable!
The politicians themselves, in Canberra, brought it up, that the Age of Entitlements is over:
http://youraussieholiday.com/wp-content/uploads/2013/07/Canberra3.jpg
The author is asking each addressee to forward this email to a minimum of twenty people on their address list; in turn ask each of those to do likewise.
At least 20 if you can. In three days, most people in Australia will have this message.
This is one idea that really should be passed around because the rot has to stop somewhere.
Proposals to make politicians shoulder their share of the weight now that the Age of Entitlement is over
1. Scrap political pensions.
Politicians can purchase their own retirement plan, just as most other working Australians are expected to do.
2. Retired politicians (past, present & future) participate in Centrelink.
A Politician collects a substantial salary while in office but should receive no salary when they’re out of office.
Terminated politicians under 70 can go get a job or apply for Centrelink unemployment benefits like ordinary Australians.
Terminated politicians under 70 can negotiate with Centrelink like the rest of the Australian people.
3. Funds already allocated to the Politicians’ retirement fund be returned immediately to Consolidated Revenue.
This money is to be used to pay down debt they created which they expect us and our grandchildren to repay for them.
4. Politicians will no longer vote themselves a pay raise. Politicians pay will rise by the lower of, either the CPI or 3%.
5. Politicians lose their privileged health care system and participate in the same health care system as ordinary Australian people.
i.e. Politicians either pay for private cover from their own funds or accept ordinary Medicare.
6. Politicians must equally abide by all laws they impose on the Australian people.
7. All contracts with past and present Politicians men/women are void effective 31/12/14.
The Australian people did not agree to provide perks to Politicians, that burden was thrust upon them.
Politicians devised all these contracts to benefit themselves.
Serving in Parliament is an honour not a career.
The Founding Fathers envisioned citizen legislators, so our politicians should serve their term(s), then go home and back to work.
If each person contacts a minimum of twenty people, then it will only take three or so days for most Australians to receive the message. Don’t you think it’s time?
THIS IS HOW YOU FIX Parliament and help bring fairness back into this country!