Earlier this week there was an earthquake off Japan that measured 6.3 on the Richter scale. This newsletter is about why that should be of interest or concern to you.
You see, there are hundreds of spent fuel rods sitting in damaged, above ground housing that could topple in the event of a significant shock. The ensuing release of radiation into the environment has the potential to create a disaster that some experts put at over 100 times worse than Chernobyl.
Last week I was talking about my food bars to a person who sells emergency kits. He was interested in a meal replacement bar. The subject got on to the topic of radiation. He told me he has a device for measuring the level of background radiation. He takes readings daily. Where before Fukushima the average reading was about .008, it was now about .2, peaking at .5!
So the radiation that has been released to date into the environment from the Fukishima disaster is already having a measurable and serious impact. And that is here is Sydney!
Now if you live here in Sydney, like me, you haven’t felt this. So why is it a concern? Radiation exposure results in a cumulative build up in the body of radioactive particles. Like heavy metals (lead, mercury, aluminium), when ingested gradually, these radioactive particles are not large enough to notice immediately but they do have an effect. The effect they have on the body depends on how many particles you are exposed to over how short or long a period of time and what points of weakness exist in your body.
There is an effect scale. If a nuclear blast occurs in front of your face it wipes the body off the map in milliseconds. If it occurs a suburb or two away the body takes a few days to die. Further away and the body suffers for a longer period of time before it packs it in. Often due to cancer. Further away again and fatigue, digestive upsets and disorders, lethargy, depression and so on are less severe but just as debilitating on a body. The principle is, the more radiation the body receives in a shorter period of time, the less it survives.
Fortunately for us, the opposite also holds true. The less radiation the body receives OR THE MORE THE BODY IS ABLE TO GET RID OF RADIOACTIVE PARTICLES, the less damaging effect the radiation has on the survival of the body.
So, the radiation is cumulative and we are already experiencing the effect here in Sydney of Fukushima. This is even though the radiation plume on the computer generated graphics I have seen show nothing coming South, it shows it all going East to the US. I just entered into Google [fukushima radiation plume picture] and of the 16 pictures, the only one that showed what we are experiencing is this one: 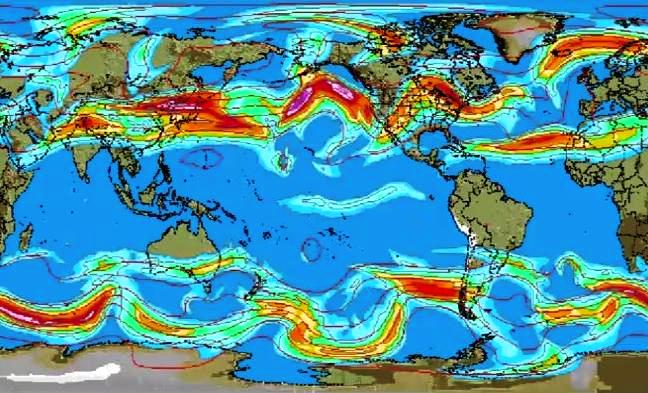 )
and there is the high potential for it to get dramatically worse in very short order, what can you do to protect yourself from the effects of past, present and future radiation exposure?
Please consult a medical practitioner to determine the best course of action for you to take with regards to your body. Of course most of them don’t have a clue of how to handle radiation exposure, but if enough people ask, it will be profitable for them to spend the time to learn about it and advise you correctly.
Here is a list of points to take up with your primary health care practitioner or a specialist.
1. Filter fluoride out of your drinking water. Fluoride prevents the body from taking in iodine. Adequate Iodine intake is essential for a healthy thyroid gland. The thyroid is a key player in the immune system of the body.
2. Get your iodine level checked. If deficient, take some iodine in your water. Most people are deficient in it. Per this article (and many others) “In Germany on Wednesday, the Federal Office for Radiation Protection held a news conference that described the threat from the Japanese plume as trifling and said there was no need for people to take iodine tablets. The pills can prevent poisoning from the atmospheric release of iodine-131, a radioactive byproduct of nuclear plants.”
That statement, and the ensuing silence on the subject of increased atmospheric radiation, shows you just how much you can trust the government to protect you (zero) and how much you really do have to rely on your own communication lines and research to stay abreast of the things that truly matter – 100%.
3. Increase your intake of those foods with proven ability to chelate (grab onto and remove, from the Greek for claw) heavy metals and radiation out of the body. Here is a list of some I use in my bars for that purpose: http://www.healthelicious.com.au/ingredients/Detoxification-Ingredients.html
4. Increase your intake of foods high in antioxidants. Antioxidants minimise and help reverse oxidative stress from eating and exercise.
5. Ensure you have sufficient vitamin B3 in your diet or as a supplement. B3 has been proven to help remove toxins and radiation from the body.
6. Cut down your sugar intake. 80% of your immune system is in your gut. Sugar feeds the bad gut bacteria- Candida albicans. If they overwhelm the good guys, all brands of hell ensue.
7. Take a good probiotic, like 2012. They help replenish and feed the good bacteria.
8. Exercise. Moderate exercise increases the production of pathogen fighting T cells in your blood.
I could tell you much more but there is a limit, I am told, on how much others are prepared to read. If you would like more data on the subject or on how to protect yourself and your loved ones from radiation poisoning, contact me.

A powerful letter. Definitely worth a read.
A letter to my family and friends about the NDAA and me.
By Alexa O’Brien on October 3, 2012 12:00 AM
Alexa O’Brien – Targeted With NDAA Detention For Campaign Finance Reform
Dear friends and family,
I am reassured to know that you have my back, and that you have done everything to prevent the US Government from threatening to detain me indefinitely without charge for my work as a journalist and citizen.
I am not one for cultivating an exaggerated sense of self-importance. I think it takes more character and courage to live in reality. Anybody who knows me personally, knows that if this can happen to me, it can and will happen to you or someone you know.
Since January 2011, I have covered the WikiLeaks release of US State Department Cables, JTF memoranda known as the ‘GTMO files’, and revolutions across Egypt, Bahrain, Iran, and Yemen, as well as the legal proceedings against Bradley Manning and the US investigation into WikiLeaks. I have interviewed a preeminent US foreign policy expert on the Cambodia cables, and published hours of interviews with former GTMO guards, detainees, defense lawyers, and human rights activists, as well as WikiLeaks media partners: Andy Worthington, a GTMO historian and author, and Atanas Tchobanov, the Balkanleaks’ spokesman and co-editor of Bivol.bg.
Why do I do this work? Because it moves me deeply. Because I am compelled to learn and to understand. The positive results of some of my work also grants me a sense of common purpose in service to my fellow man/woman.
When the US Government said in Federal Court that they would not guarantee that I would not be indefinitely detained without charge under Section 1021 of the National Defense Authorization Act FY2011 for articles I had written on the ‘War on Terror’, you set aside partisanship. You realized that what is as stake is more than an election. What was at stake is the safety of your friend, your daughter, a fellow citizen or journalist, as well as this nation and people across the globe. The NDAA, after all, was passed with bi-partisan support, and signed into law by President Obama.
Section 1021 of the NDAA FY2011 allows for the indefinite detention without charges or trial of anyone, including American citizens, who are deemed by the US Government to be terrorists or terrorist sympathizers. The institutions of civil society – the press and civic square – are now what our military terms an information environment in a global theater of war. The ‘War on Terror’, our military says, is fought with intelligence and information. And, the US Government has already detained journalists at Guantanamo Bay under the AUMF seeking to gain intelligence on media organizations. The President has already played a personal role in the imprisonment of a journalist covering the US ‘War on Terror’ in Yemen.
When Government contractors falsely linked a group, which I helped found – whose only purpose is to support campaign finance reform in the United States – to Al Qaeda, you were outraged.
When I was sent messages by a Government contractor saying that I was now associated with Al Qaeda and so called ‘cyber-terrorists’, you spoke out.
When emails revealed that other private security contractors with ties to the US Government were “specifically asked to connect” the group that I helped found “to any Saudi or other fundamentalist Islamic movements,” you took action.
When US Department of Homeland Security bulletins declared in error that a group that I helped found was linked to so called ‘cyber-terrorists’, you contacted your representative and presidential candidate and expressed that their support of Section 1021 of the NDAA FY2011 had the consequence of your lack of support for their candidacy.
I am especially grateful to those individuals, including a fellow journalist, who warned me privately that there were other unpublished US Government documents and that US Government agents were focusing their sights on me. They cautioned me to take special care. They understood the consequences for me.
Citizenship is a public office, but who among us can risk engaging in the body politic authentically, when we have families to provide for? Who can risk publishing about the workings of Government, our alliances, and wars when you might end up in my position?
No matter what your party affiliation, Section 1021 of the NDAA FY 2011 violates the First and Fifth Amendments to the US constitution, the principles that safeguard the independence of our republic and any real freedom or lasting security for our citizens and all peoples.
If this could happen to someone like me, it can and will happen to someone like you or someone you know. None of us can afford that risk. Do something now.
Best regards,
Alexa O’Brien
http://www.alexaobrien.com/secondsight/ndaa_hedges_et/ndaa_letter_to_my_friends_and_family.html 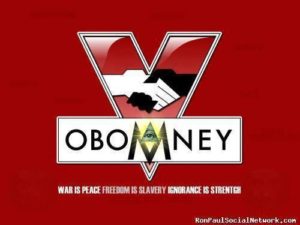 The physicians at Sherbrooke University Hospital in Quebec, Canada discovered Bt-toxin in 93 percent of 30 pregnant women, 80 percent of umbilical cord blood of their babies and 67 percent of 39 women who were not pregnant. Considering Bt-toxin is linked with cancer, autism, severe food allergies and autoimmune disease, these findings are downright frightening.
http://www.naturalnews.com/037405_bt_toxin_genetically_modified_food_detox.html 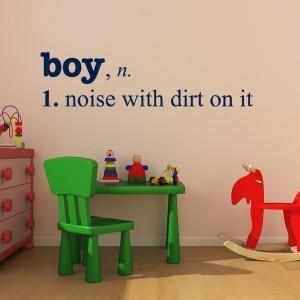 The most comprehensive GMO safety study was released last month with results so incriminating, the biotech industry is scrambling to defend itself with yet more lies and distortions. But once you see the size of the tumors in these GM corn-fed rats (shown at the beginning of the movie), any attempt by the industry to deny the findings becomes appropriately impotent.
http://youtu.be/Njd0RugGjAg

OK you chocaholics, listen up! This the the research for which you have been dreaming!
http://www.naturalnews.com/037018_cocoa_blood_pressure_flavanols.html

This is a great article on Osteoporosis
http://www.greenmedinfo.com/blog/osteoporosis-scurvy-bone-not-calcium-deficiency