In ‘The impact of organic farming on food security in a regional and global perspective’, Halberg et al (2006) argue that while present food production in theory is sufficient to cover the energy and protein needs of the global population, there are still more than 740 million food insecure people, the majority of whom live in the Global South. The researchers indicate that if a conversion to organic farming of approximately 50% of the agricultural area in the Global South were to be carried out, it would result in increased self-sufficiency and decreased net food import to the region.
http://www.counterpunch.org/2016/03/29/global-agribusiness-dependency-and-the-marginalisation-of-self-sufficiency-organic-farming-and-agroecology/ 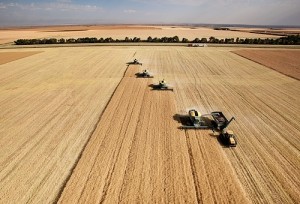